Get Your Site Mobile Friendly 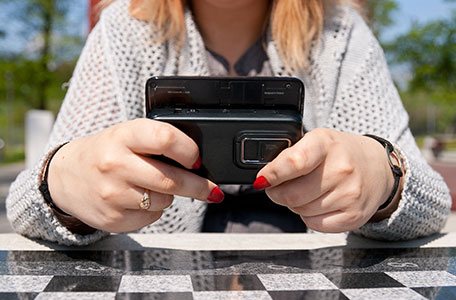 25 Mar Get Your Site Mobile Friendly

Posted at 12:16h in SEO by MarketThing 0 Comments

April 21st sees the launch of Google’s new algorithm, and according to Google sources it’s going to have a greater impact on sites than either Panda or Penguin. Find out more by reading our blog.

We all know what can happen in the wake of a Google Algorithm. Sites that were previously doing well on social media can find themselves at the bottom of the heap, for what seems like no good reason. Until now, however, SEOs have been prepared for the impact of these algorithms but April’s launch could see more sites affected than ever before.

The reason for this is that the new algorithm is going to impact on mobile search results, making the Penguin and Panda updates earlier in the year look tiny in comparison.

It’s estimated that almost 50% of all Google searches are done on mobile, as more and more of us are reaching for our smartphones instead of our computer browser. So if your site is not mobile-friendly, then you’re going to suffer in this next update and that could be really bad news for your business.

So how can you make your site mobile friendly?

Google have already compiled a list of criteria that all mobile sites that should comply with in order to avoid getting too heavily penalised in April’s algorithm.

If your site has lots of Flash content then it can be a real issue for mobile users. Many mobiles don’t even support Flash content, with Apple products not supporting it at all.

Users want a site that they can read easily without having to strain their eyes. This is also something that Google wants as well, so it’s worthwhile making sure that when your site appears on a mobile, the text is large enough to read.

Having a responsive website means that whatever device you’re viewing it on, the site adjusts to that and allows you to read it without having to turn your phone.

Users hate it when they click on a link and get taken somewhere else. It’s frustrating for the customer, and Google recognises this. Make sure that your links are spaced out enough so that people can click on your links easily.

The most important thing to remember is that your site needs to be responsive to mobile users, otherwise you’re not only going to be penalised by Google, you’re also going to be turning people away with a site that looks awful on a smartphone.

Google have launched a special tool that allows you to test whether your site is mobile friendly. Test your site by clicking this link.

If your site isn’t mobile-friendly, there’s no need to panic. Give MarketThing a call today on 0151 329 2326 and we can help you create a responsive website that both Google and your customers are going to appreciate.

Sorry, the comment form is closed at this time.